The “Great Serengeti Migration” is the continuous movement of huge numbers of wildebeest and zebra throughout the Serengeti in Tanzania and the bottom of the Maasai Mara in Kenya.   Read the Safari&Beach Guide to the Great Migration.

These enormous herds migrate throughout the year following the seasonal rains that produce the freshest grazing and clearest water areas.  The migration’s specific location is entirely dependent on the rainfall patterns however it is possible to make a rough prediction of their location throughout the year as follows:

December: After the “short rains” the herds of wildebeest and zebra move south towards and into the Serengeti short grass plains in the south and east corner of the park around Ndutu whilst also crossing into the Ngorongoro Conservation Area.

January / February / March: The herds are camped on the short grass plains enjoying the excellent grazing. The wildebeest calving season is a short window period during February creating a lot of activity and excitement.

April / May: The herds move west across the plains, around Moru Kopjes, often in prodigious columns, preparing for their dynamic movement northwards. This is also the wildebeest “rut” when males fight for their breeding rights.

June / July: Having moved into the Serengeti western corridor, the wildebeest start to file northwards with some dramatic scenes as they endeavour to cross the Grumeti River. As they head further north they tend to spread out a little more into the Grumeti Reserves and central Serengeti.

August / September / October: The herds are now spread out across the northern Serengeti, straddling the border of the Maasai Mara in Kenya. This is where the most dramatic river crossing scenes take place as the frantic herds traverse the Mara River travelling north and south.

November: As the short rains begin the wildebeest start migrating again, moving south through the Lobo area and Loliondo concessions, targeting the fresh green shoots that are starting to appear on the Serengeti short grass plains.

Kubu Kubu is a lovely new permanent tented camp well located in the Central Serengeti.  Each of the tented suites are on raised platfo... 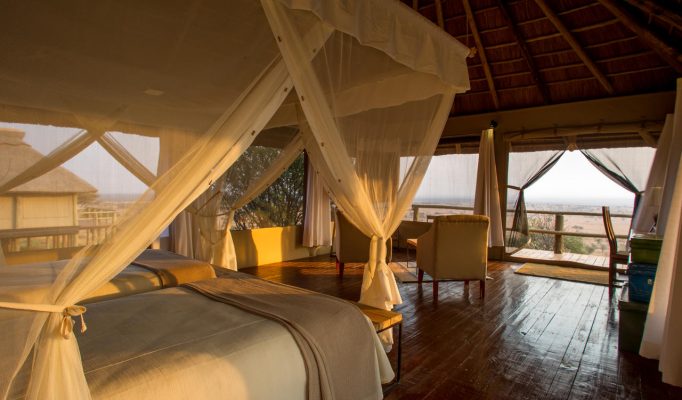 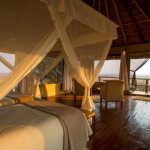 A safari rich camp in a stunning location in the central Serengeti. The camp is slightly raised allowing far reaching views across the... 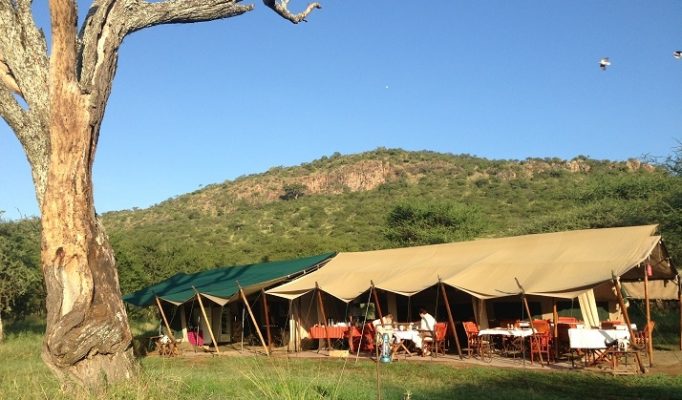 Nomad Serengeti Safari Camp is a traditional luxury mobile tented camp that changes location within the Serengeti every few weeks to be... 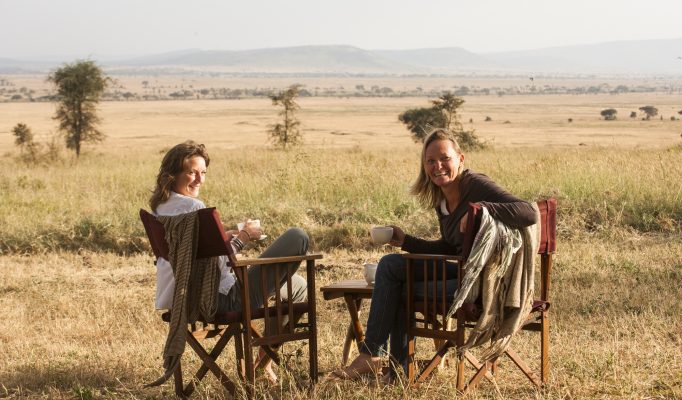 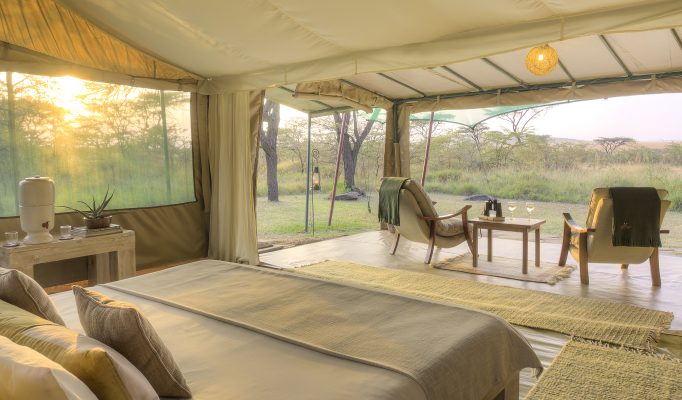